A dead body is seen at a crime scene in Mueller Del Rio. It was reported that the man resisted arrest and fought back. A gun is found within his reach. 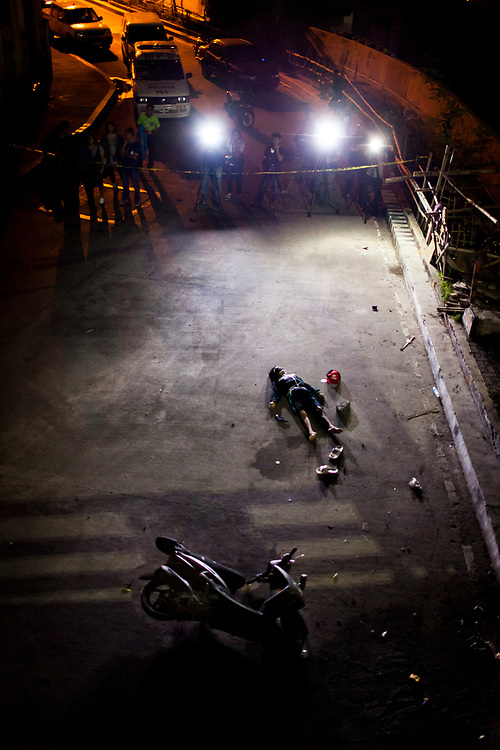