A banner for the wake of Jayson "Saybog" Descartin who was recently killed. His death was related to the drug war. 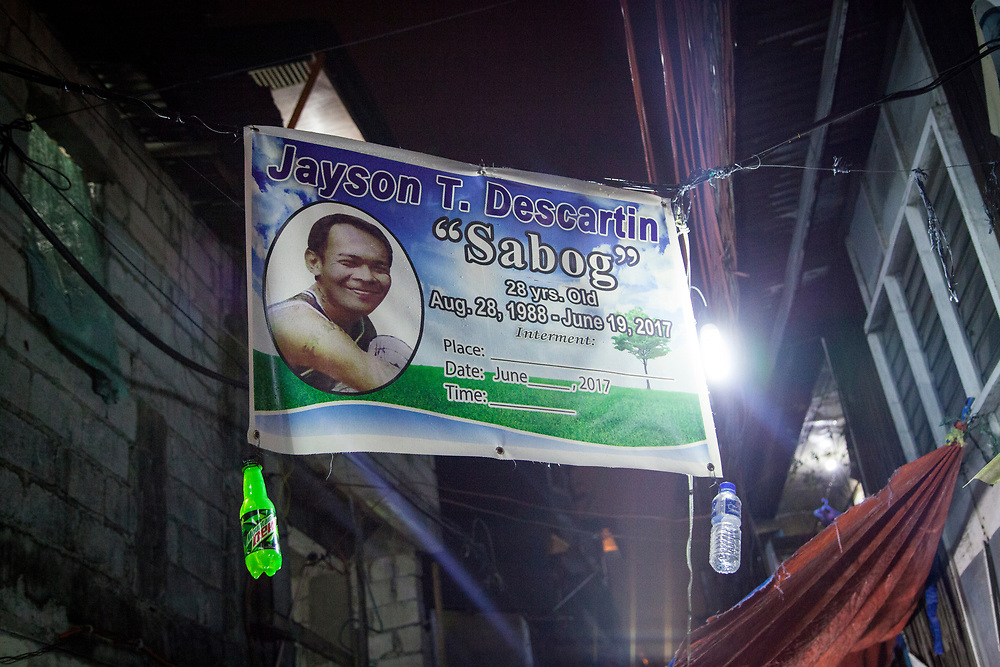