A worker from a morgue is seen inside a van on its way to take the dead body from the crime scene. 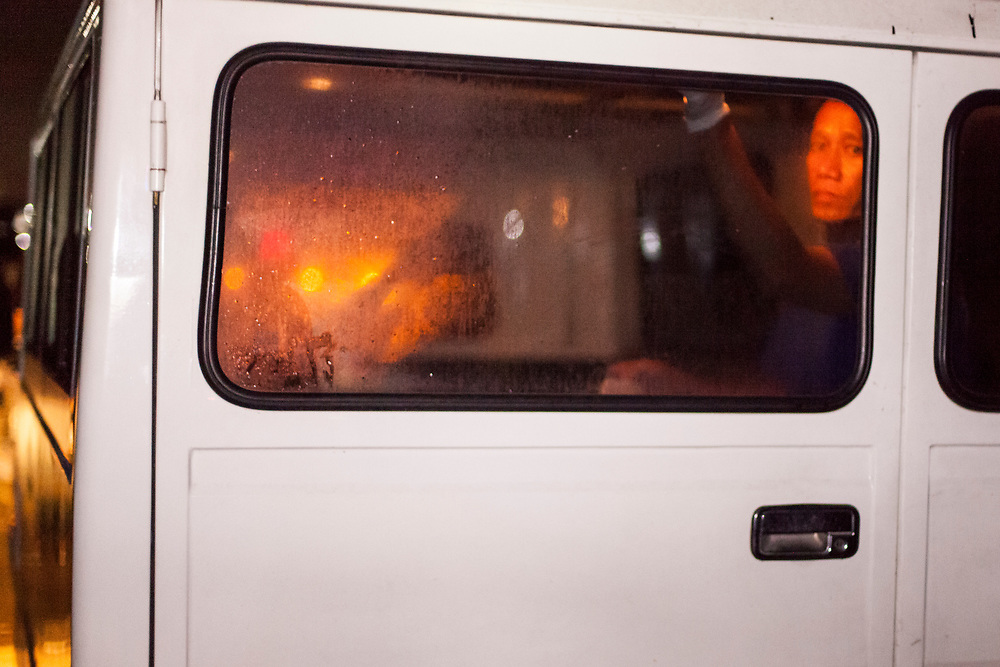