David Taylor, one of the prime suspects to the murder of police officer Wayan Sudarsa, is seen at the crime scene taking part in the murder re-enactment on August 31, 2016, in Kuta. Bali, Indonesia.

Australian Sara Connor and British David Taylor are accused of murdering a Bali police officer, Wayan Sudarsa, after his body was found with 42 wounds, including to his head and neck, at Kuta beach on 17 August. According to reports, investigators said six new witnesses came forward in the case against Connor and her boyfriend Taylor, as both suspects returned to the scene of the crime on Wednesday for a full reconstruction of the officer's death. 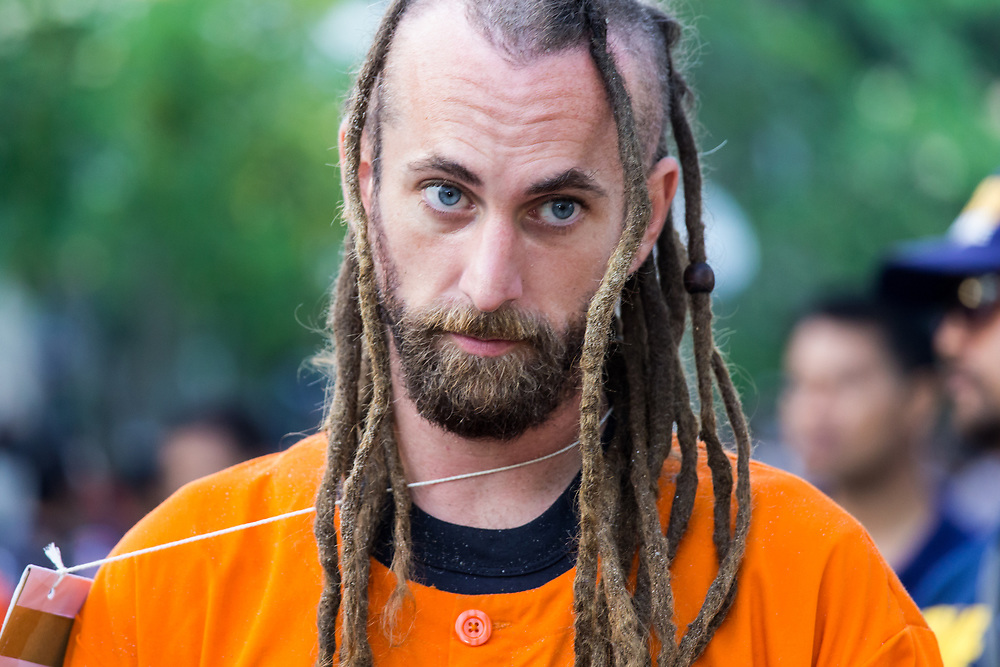