Tools used by the to prep dead bodies at Eusebio morgue in Navotas, Manila. 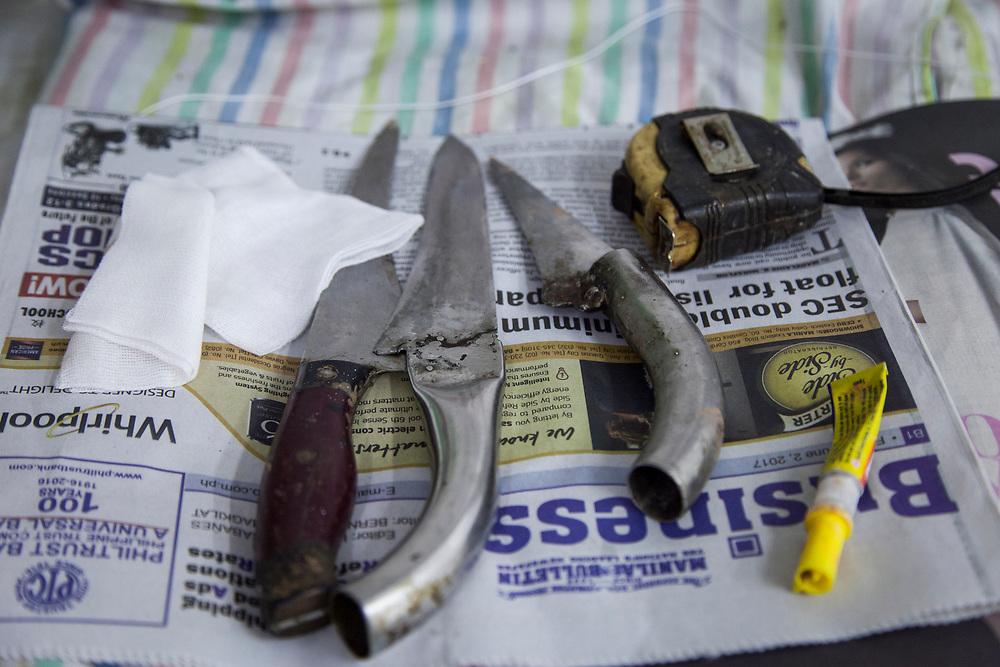