A body of a man recently killed is prep for cleaning at Eusebio morgue in Navotas, Manila. 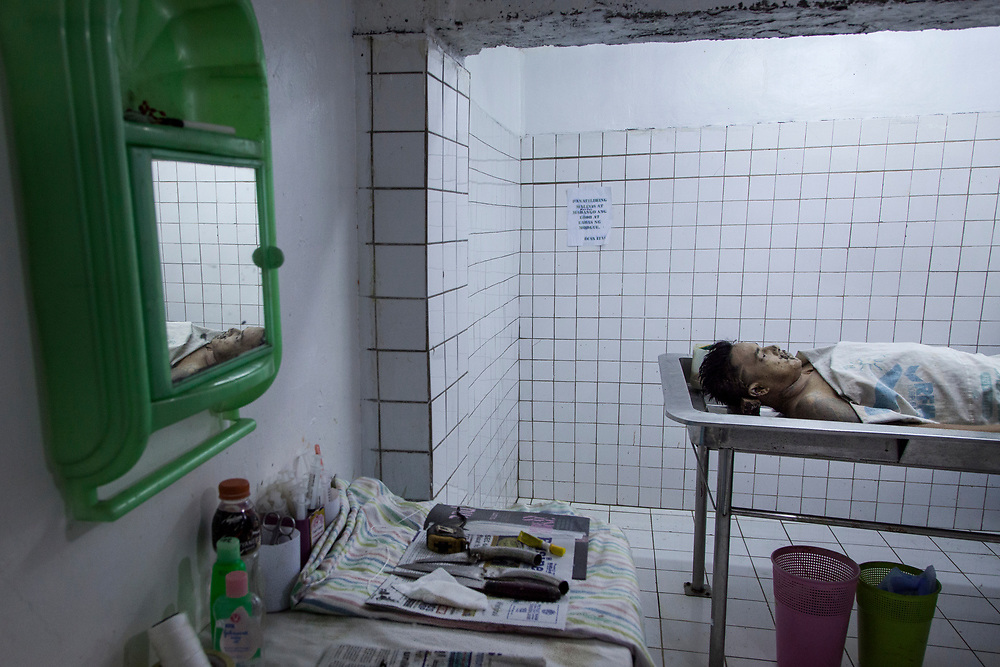