Against All Odds: HIV/AIDS Epidemic Among Indigenous Papuans.

Non-Papuan Migrants wait to embark at the shipping port in Jayapura, capital of Papua, which is the main entry point for goods and migrants entering and exiting the region.

The province of Papua is large, and has abundant natural resources such as copper, gold, and timber. However, most indigenous Papuans live on less than $1 a day. The incidence of poverty in Papua is the highest in the country, and double the national average. Papua was acquired by Indonesia in 1969 in a disputed vote rejected by most Papuans. Papuans have sought independence for the past four decades. A transmigration policy implemented by the federal government relocated almost a million non-Papuan migrants from surrounding provinces as part of a process of "Indonesianization." These migrants, along with another million voluntary migrants, dominate most of the region's trade and business, thereby controlling authority by dictating commerce in Papua. Goods such as rice, medication and gas that are imported into Papua are sold at exorbitant prices, making the cost of living the highest in Indonesia. Coupled with unequal access to education and training, opportunities for indigenous Papuans to advance economically are limited. The consequence is economic inequality--wealthy migrants and poor indigenous Papuans-- and a marginalized indigenous population where poverty, unemployment, malnourishment, illness, illiteracy, and discrimination are the norm. 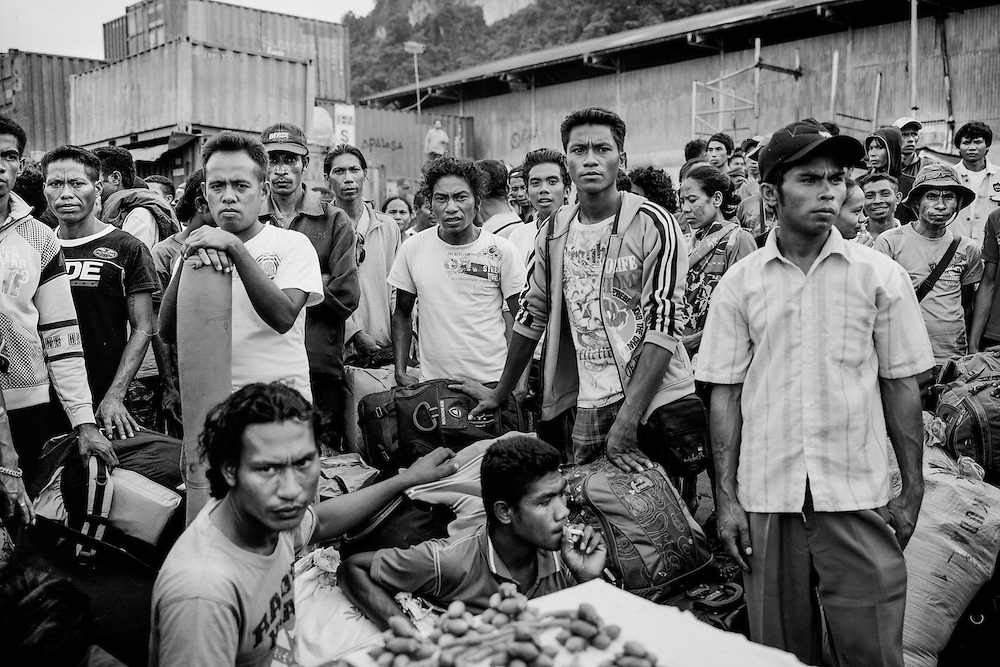